Matt and I have been married for seven years now. A very happy seven years I might add 🙂 This is my favorite wedding picture. I just love it. 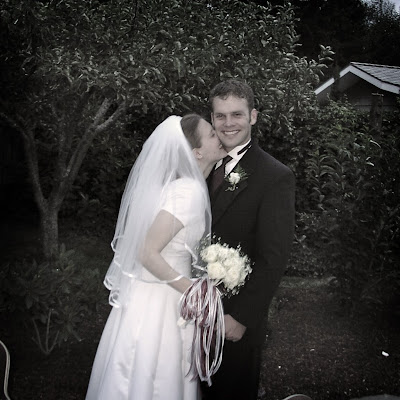 We woke up to a very windy morning. And so we ran outside to try out the kite that Matt brought back from Washington. It would only go a couple of feet above our heads. Our house is way too protected by trees for a kite. Spencer played on the trike for a while. He thought it was really great until he fell off and scraped his head. Poor kid. 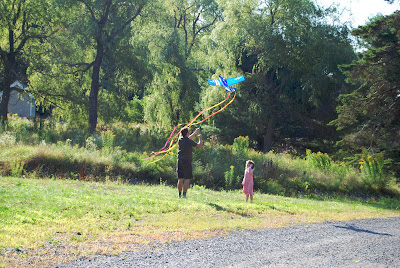 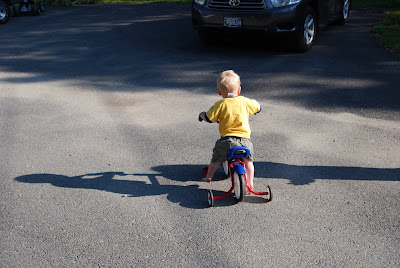 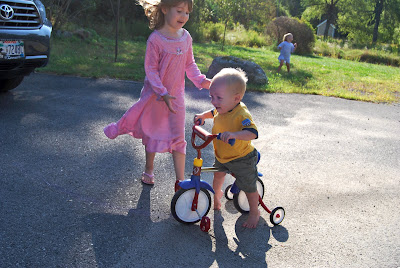 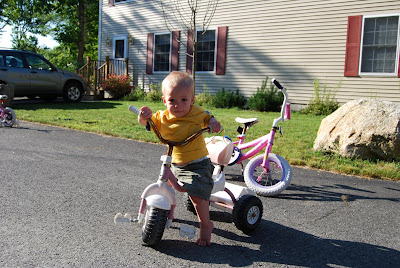 We then packed up the kiddos and took them to a friends house for some babysitting. Emma almost freaked when she saw that we were leaving her there, but then their dog came outside and she said “See ya”. Matt and I went to the Southwest Harbor Causeway Club to go golfing for the very first time. Well, Matt has been once before. We are both so very lousy it’s almost sad, but mostly funny. We played 5 holes and it took almost three hours before we decided to call it quits. We called it a tie at 50 🙂 (for those of you who don’t know, the highest score you can get on each hole is 10, you do the math, the lower the score, the better). Fortunately, they will let us come back and play the rest of the 9 holes we paid for some other time. I have a feeling they will be inviting me back to play next time they need the grass mowed. Why pay for a lawn mower when Courtney will tear up the ground for us. We each lost a ball in a water trap and I tried all of clubs that I have and I heartily favor the putter. By the last hole, that’s all I was using because I couldn’t hit the ball with anything else (mind you it still took at least three tries). But we had fun, we spent three hours walking around in a beautiful spot teasing each other about our skills.

On our way home, we stopped at the new park in Town Hill. It has a great new playground. Too bad Matt doesn’t work in Town Hill anymore. The kids had so much fun. Spencer loved the slide. Emma liked to climb on something, realize that she is too chicken to climb down and then scream for me to help her “MOOOOOOMMMMMYYYYYYYYY”. Lucy just took off and played on everything. 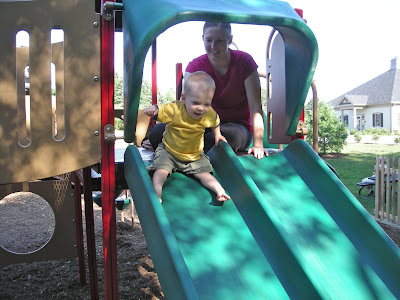 One of these days his other front tooth will grow in, but in the mean time, we’ll just have to love and adore our redneck of a son. 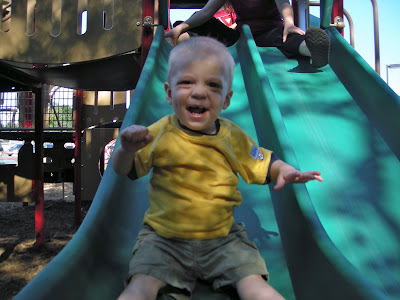 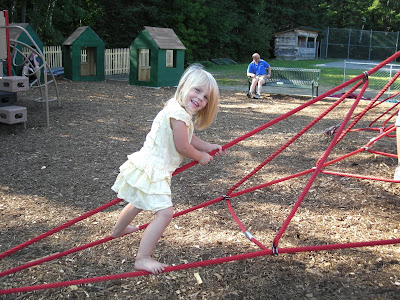 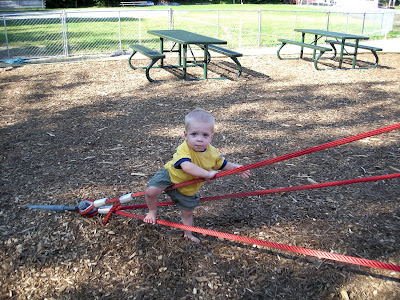 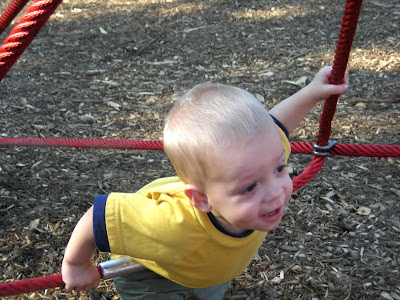 We ended up going back to the playground again later. Lucy met up with a girl that will be in her class tomorrow. Very fun.

And a very nice anniversary.