Another Day, Another Dollar

We went on another hike this morning. We went to the top of Beech Mountain. There was a fire tower at the top, but it was closed so we couldn’t go all the way up. But we could go up most of the stairs and get a great view. You know something is good when your three year old stops mid stride and says “WOW!” as she looks out over the trees. We even took Sophie with us. She did really well. Although we got really annoyed twice, the first time was because a guy said “keep your dog on a leash”. Never mind that no one else was around and she would have pulled us down and knocked us over on the rocks if we had, but whatever.

Then we went and walked around Bar Harbor a bit. We left Sophie in the car because she still jumps on people. When we got back to the car, some lady stops us and talks about how she was so worried about our dog because we left her in the car without any windows cracked or anything, surely that poor dog was going to die from heat exhaustion. “She was whining and panting, I have two dogs myself, you don’t know how fast these cars can heat up!” She went to the police station and everything. It was 40 degrees outside and we were parked in the shade. For heaven’s sake, the car was colder INSIDE than out! How stupid can you get? Why can’t people keep their big fat noses out of other people’s business. We weren’t gone from more than 30 minutes, Sophie was whining, not because she was uncomfortable, but because she couldn’t eat every person that walked by her. Seriously lady, THINK! Can we not have a nice family outing without idiots ruining it for us? Now we will probably have to leave her at home from now on because it’s much more “responsible” to leave her alone in our house for hours than to take her with us and leave her in the car for 30 minutes. I didn’t say anything to the lady, but I hope she understood that she was a moron from the look I gave her. That was annoyance #2. Matt and I spent the rest of the drive home playing “What we should have said…” One of these days, we will actually say what we should have said. Anyway, here are the pics.

Lucy at the top of the mountain. 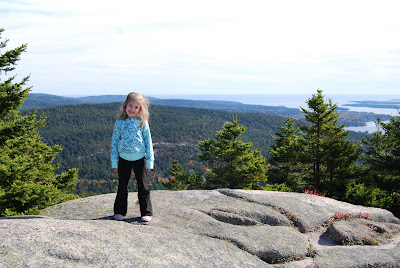 I’m so glad I got her to smile a real smile. 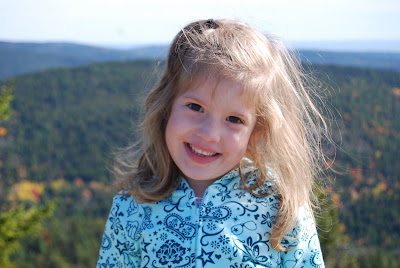 Emma, drinking water out of my camelback. We’re going to have to get the girls each one for Christmas. 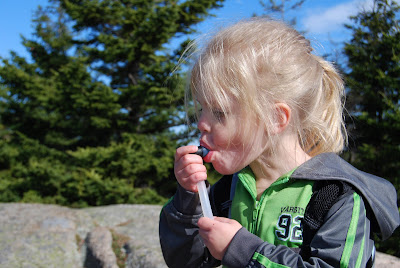 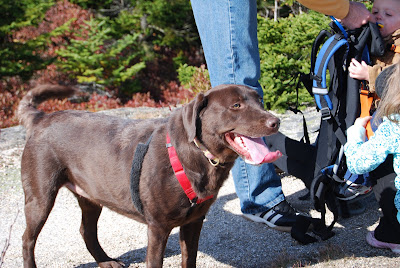 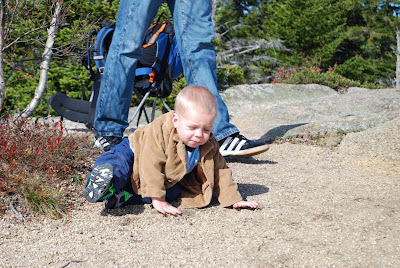 I look pretty good if half of my face is covered 🙂 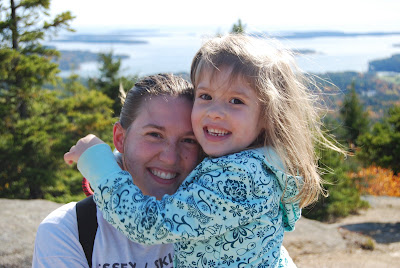 The view on the way back. Boy I live in such a beautiful place. Too bad the people aren’t smarter. Stupid, nosy, ugly lady with glasses. 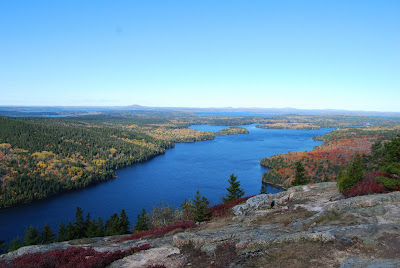