It has been quite a week. I have learned this week that the human mind has an enormous effect on the body. I have been feeling poorly for several weeks (again). My house has disintegrated into a post World War III battle ruin. My children’s eyes have had to be surgically detached from the television at least twice and my poor husband has had bread and water for all three meals for the duration. I started running again last week since it didn’t seems to make anything worse. I was constantly dizzy, nauseous, and more tired than I had any business to be (no I’m not pregnant). On Wednesday morning, I got a call from a friend from out of town telling me that she wanted to get together. As if Madam Pomfrey had given me a draft of invigorating potion, I jumped up from the couch (literally) bathed my kids and cleaned my house within 30 minutes. We had a delightful morning. The next morning I had to drop Lucy off at kindergarten screening. On my way to pick her up, Emma decided to challenge death by running across a busy street while I was getting Spencer out of the car. Needless to say. I was angry the rest of the day. I had another play date at my house that afternoon with a new family. Again, we had fun. We also had another play date with our out of town friends again Friday morning.

I realized two things.
1- I was in a funk due to my monthly visitor, and was so bored with the tedium that is my life, that I just couldn’t get myself out of it. It was mostly in my head and all I needed was a little fun to push me back into life.
2- I am not cut out for a social life. After two days of fun, and the idea of a third on the way, I collapsed on the couch absolutely exhausted. But that may be remedied once Spencer decides that it’s better for everyone if he NOT wake up 3 times in the middle of the night.

Another fun thing. We have had a new addition to the family. A family in our branch has generously donated their trampoline to us. We picked it up on Saturday and had a fun evening all jumping on it. Spencer was delighted this morning as his sisters gently bounced him up and down while they crawled around like kitties. It is amazing how you never realize how full your bladder is until you start jumping. 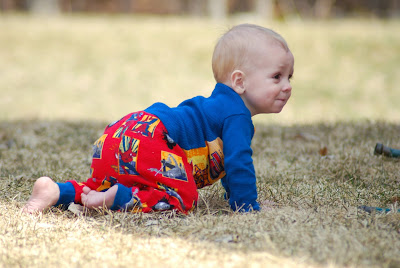 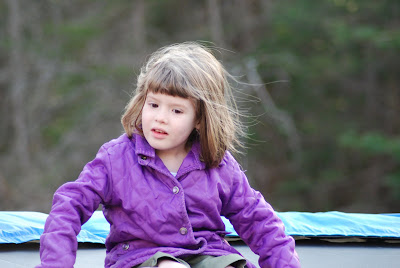 Now that I am not in a funk anymore (though I still get dizzy and nauseous if I don’t eat enough salt) I plan on cleaning my house and lifting weights. I am going to start training for the Run For Jon today. I need something to work towards.