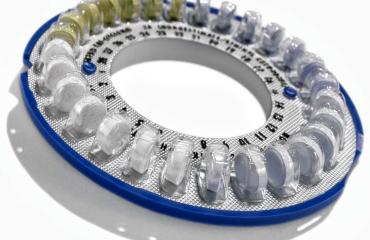 For anyone following along on the drama unfolding with the HHS Birth Control Mandate, you will know that the lines have been drawn and that on one side the White House is screaming for the “right” to “preventative care” and that this is an issue about woman’s health.  Opponents of the mandate claim that it is an infringement on their 1st Amendment, namely the “Congress shall pass no law respecting the establishment of religion or the free exercise thereof” part.
Now this is a debate with many levels and many dimensions and many opinions.  We have everything from “birth control should be free for anyone and everyone” to “keep the government out of it!”
For those of you who are not aware, the “Patient Protections and Affordable Health Act”, otherwise known as “ObamaCare” stipulates that insurance companies provide coverage for “preventative care”.   In the bill, however, they didn’t define what “preventative care” actually was.  The bill stated that the Department of Health and Human Services would later define what “preventative care” was.  Last year, HHS decided that “preventative care” would include contraception including “Plan B” otherwise known as the abortion pill, other abortion inducing drugs and sterilization.
The administration promised that there would be a some kind of conscience clause for religious organizations who objected to contraception and abortion.  On January 20th, the administration stated that this “conscience clause” does not extend to religiously affiliated businesses.  Namely, Catholic Hospitals and the like.  Catholics, (approx. 54% of which voted for Obama in 2008) were livid.  They felt as if they had been betrayed and the following Sunday a letter that came down from the Pope was to be read in each of the Catholic churches across the country.  The letter simply stated “We will not comply”.
Once it was clear that the Catholics and those supporting them weren’t going to take this lying down, the White House decided to “accommodate” the Catholic church.  Instead of forcing the Catholic Hospitals and other Catholic affiliated organizations to provide contraception, sterilization and abortion services, it would force the insurance companies to do it and force the Catholic church BUY that insurance.  In essence, nothing has changed.  The Obama administration trying to force the Catholic church to foot the bill in order for it’s employees to act against one of the basic principles of it’s faith.
One of the arguments I have heard against the Catholics is “but 98% of Catholics use birth control anyway”.  I don’t know where they got that number, but even if it is true, so?  I would go so far as to say that 100% of people don’t follow all of the commandments 100% of the time.
Another argument is “if they don’t want to pay for contraception then they shouldn’t hire people who will use it.” Ok, so is it safe to say that you would be comfortable with an prospective employer asking you about your sexual activity during an interview?  Are you ok with religious discrimination in the workplace?
Now why is this an important story to be following?  Because, simply put, if the government can tell what parts of our religion we are and are not allowed to practice, than we can kiss the whole of our Bill of Rights goodbye.
Think I’m being overdramatic?  Think I’m paranoid?  The 1st, 2nd, 4th, 5th, 6th, 9th and 10th amendments each have been attacked by state and federal government within the last few years alone.
I agree with many of the opponents to the HHS mandate that this is an overt attack on religion; but it is actually not what I scream at the speaker when people supporting the mandate call into talk radio.
I will let Lee Doren explain it to you since he does so much more succinctly than I would:

There you have it.
I know that a lot of people would stipulate that there is a need for the birth control pill on order to balance hormones or help with other health problems.  My problem with that argument is that with every study showing that birth control is good for you, there is an equal and opposite study showing how it is harmful (anyone read the warning labels that comes with the pill?) and that there are more natural methods to combat the same lady issues.
I would also like to point out that you can get generic prescriptions for $4 or less a month.  Any doctor will write an adult woman a prescription for the pill no questions asked.  “Hormonal Balance” achieved for $48 a year.  Anyone who knows how the drug industry works knows that there is a generic version of virtually any drug out there; especially a drug that has been around for as long as the pill.
What if you have a job but money is so very tight that you just cannot afford birth control?  See this post for some tips.
As much as I dislike the organization, it is possible for anyone to walk into their local abortion center and get contraceptives for free (I remember delivering a pizza to PP when I worked at Little Caesars and I saw a basket of condoms outside the office door with a “free” sign over it).
The fact of the matter is that most insurance companies do offer coverage for contraceptives.  Why is it so important for the federal government to force that every employer offer it when only a fraction of people don’t already have it covered?  If the government feels it’s necessary to provide contraception to everyone in the country, free of charge, why not issue the contraceptive equivalent to “food stamps”?  This mandate just seems like they are trying to rub the Catholic’s noses in it.
It should also be mentioned that the vast majority of people who use birth control, use it for just that, birth control.  So if this mandate were to stand the Catholic Church would not, in fact, be paying for cancer prevention and other claims, but would be paying instead for contraception (the very thing they oppose on religious grounds) which is often sought to avoid natural consequences to recreational sex.
Lastly, I would like to point out that this is not an issue of “we will pay for your heart bypass but not for your cholesterol medication”.  Birth control, abortion and sterilization are not “cures” for 99.9% of people and those for whom it is actually medically necessary, it is already covered (hemorrhaging, cancer, ectopic pregnancy).  Pregnancy is not a disease.  Children are not parasites that need to be eradicated nor are they a “punishment” for young and stupid teenagers.  Some people see this as an attack on religion, some see it as an attack on economics and the free market (government ordering a private company to offer a product for free).  I see it as yet another attack on the family.
Whether someone chooses to have one or two children, seven, 12, 19 or none, it is no one’s business but their own.  At a time when judges are actually ruling that women have their children aborted and be sterilized we should treat any and all governmental intrusion into our reproductive lives with the deepest suspicion.  What with the case being built against several other rights defined in our Constitution, is it really that far of a jump to think that maybe the groundwork is being laid to mandate the size of our families or who is allowed to have children at all?