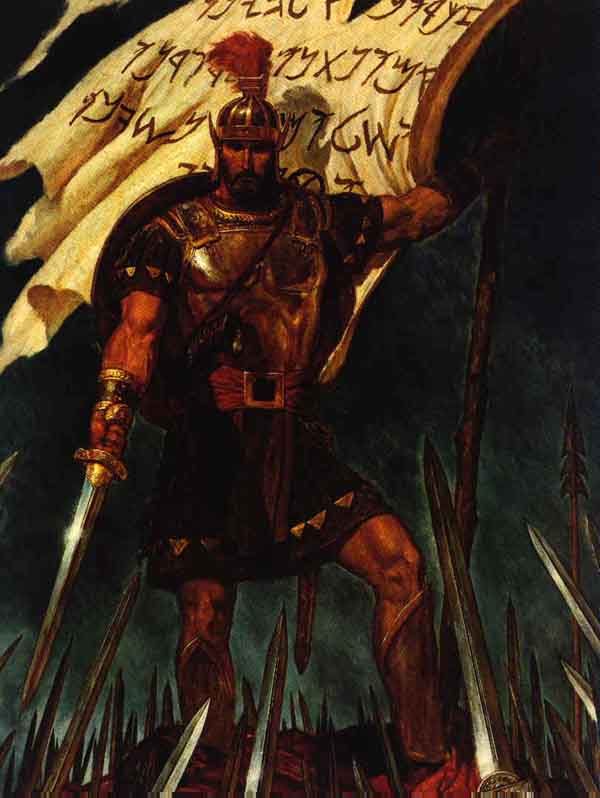 Today is a big day. Which is why I chose to break my blog silence.  Aside from my patriotic and somewhat sarcastic remarks in my previous post, I am actually feeling very conflicted today.
I tried all the different ways I knew how to try and watch the press-conference live last night, but with us not having cable and my internet being funny, my options were limited.  I was shocked when I got the “breaking news” email in my inbox telling me what the announcement was about.  To be perfectly honest, I was expecting some more commentary on the economy.
Well done, Mr. President.  Well done.  Give credit where credit is due!  Excellent work to the Joint U.S. Military for pulling it off.  I’m especially impressed that President Obama broke from the tradition of informing the UN or other international organizations of our plans.  I seriously doubt it would have ever happened otherwise.
Nevertheless, I do not delight in the shedding of blood.  I am happy and grateful that a terrible threat is no longer an issue.  But it saddens me that the reaction to the death of any man, regardless of how evil he was, would be such jubilant celebration.  I’m glad for the unity and patriotic spirit.  I am also feeling very proud of my country and (believe it or not) our president at this moment.  However I don’t cheer.  A man is dead.  He was killed.  Yes, he was evil.  And yes, it was necessary.  I’m sad that any person could choose to cause so much destruction and death get to the point where the world would truly be a better place without them.  But I’ll be perfectly honest, my first reaction was “good”.  I feel weird about that.
I guess I would rather see a more solemn observance.  Not in mourning for him, but in remembrance of those whom he killed.  Because it’s not over..  We need to be on alert and prepare for retaliation.  His death, I fear, will mean absolutely nothing.
I am reminded of the Book of Mormon.  For those of you who don’t know, at one point there was a terrible war.  A man named Amalickiah (a Nephite) conspired to obtain the throne over the people of Nephi who had a free government.  He joined with the Lamanites (the bad guys in this story), killed their king and took upon himself the throne.  But he wanted to be the king over the Nephites as well (the good guys in this story, it does change back and forth depending on the time period) and declared war on the Nephites.  There were several battles and thousands lost.  A captain in the Nephite army named Teancum knew what needed to be done:
And it came to pass that when the night had come, Teancum and his servant stole forth and went out by night, and went into the camp of Amalickiah; and behold, sleep had overpowered them because of their much fatigue, which was caused by the labors and heat of the day.
And it came to pass that Teancum stole privily into the tent of the king, and put a javelin to his heart; and he did cause the death of the king immediately that he did not awake his servants.
And he returned again privily to his own camp, and behold, his men were asleep, and he awoke them and told them all the things that he had done.
And he caused that his armies should stand in readiness, lest the Lamanites had awakened and should come upon them.

Teancum knew that it wasn’t the end and he was right.  Amalikiah’s brother, Ammoron, was appointed king in his brother’s place.  Ammoron was just as evil and destructive, if not more so, than Amalikiah.
We HAVE to stay vigilant!  Be on the lookout for the one that will take his place.  Not in the actual Al Qaeda organization, but someone will rise to take his place as a rallying point for the extremists who delight in the shedding of blood (and there are those kinds of people in every country, even ours).
The Book of Mormon is a mirror for today.  I read from it and am amazed at the parallels I see.  The Nephites had an amazing man as the captain of their armies during this war.  Alma 48 11-17 says the following:
And Moroni was a strong and a mighty man; he was a man of a perfect understanding; yea, a man that did not delight in bloodshed; a man whose soul did joy in the liberty and the freedom of his country, and his brethren from bondage and slavery;
Yea, a man whose heart did swell with thanksgiving to his God, for the many privileges and blessings which he bestowed upon his people; a man who did labor exceedingly for the welfare and safety of his people.
Yea, and he was a man who was firm in the faith of Christ, and he had sworn with an oath to defend his people, his rights, and his country, and his religion, even to the loss of his blood.
Now the Nephites were taught to defend themselves against their enemies, even to the shedding of blood if it were necessary; yea, and they were also taught never to give an offense, yea, and never to raise the sword except it were against an enemy, except it were to preserve their lives.
And this was their faith, that by so doing God would prosper them in the land, or in other words, if they were faithful in keeping the commandments of God that he would prosper them in the land; yea, warn them to flee, or to prepare for war, according to their danger;
And also, that God would make it known unto them whither they should go to defend themselves against their enemies, and by so doing, the Lord would deliver them; and this was the faith of Moroni, and his heart did glory in it; not in the shedding of blood but in doing good, in preserving his people, yea, in keeping the commandments of God, yea, and resisting iniquity.
Yea, verily, verily I say unto you, if all men had been, and were, and ever would be, like unto Moroni, behold, the very powers of hell would have been shaken forever; yea, the devil would never have power over the hearts of the children of men.
We need to be more like Moroni.  We need to delight in liberty and freedom and our families.  Not in distractions, entertainment and other idols.  The whole of the army was like that.  The army was good because the people were good.
Alexis De Tocqueville said  “America is great because she is good. If America ceases to be good, America will cease to be great.”
If we want our armies to be good, then WE need to be good.  Our armies are made up of Americans.  If Americans aren’t good, then our defense won’t be either.  We have countless good and brave men and women serving in our armed forces.  But we need more of the good and absolutely zero tolerance for the bad.  I am just as disgusted as the rest of you at soldiers who pose smiling and pointing at tortured and disfigured prisoners or fatalities of war.
I feel sure that our Father in Heaven is saddened and possibly angered when we treat his children so.  I will not say that war itself is evil, though it is ugly.  Though war itself is sometimes necessary,  it is never necessary to delight in it.
We need to be more like the Nephites under Captain Moroni:
Now, they were sorry to take up arms against the Lamanites, because they did not delight in the shedding of blood; yea, and this was not all—they were sorry to be the means of sending so many of their brethren out of this world into an eternal world,unprepared to meet their God.
Nevertheless, they could not suffer to lay down their lives, that their wives and their children should be massacred by the barbarous cruelty of those who were once their brethren, yea, and had dissented from their church, and had left them and had gone to destroy them by joining the Lamanites.
Yea, they could not bear that their brethren should rejoice over the blood of the Nephites, so long as there were any who should keep the commandments of God, for the promise of the Lord was, if they should keep his commandments they should prosper in the land.

For lack of a better comparison, let’s be Vulcans, not Klingons.

And we need a modern day Moroni.  Someone to raise a standard of liberty and defend this country against the enemy without and within.  Someone who is God fearing and reverent.  Someone who does not delight in the shedding of blood and won’t go picking fights, but WILL go to Hell and back in defense of those he has sworn to protect.  A man who knows history and will fight not to repeat it.

I believe we have a man like that.  Unfortunately he has, as of yet, decided not to run for president.  At least not without the permission of those he has already taken an oath to serve.  If you are at all interested in who I am referring to, feel free to email me.  Maybe if enough of us ask him he’ll change his mind.