Math and I do not get along.  We had a falling out about 20 years ago and have only recently begun the make-up process.  The biggest problem I had with Math was when he would ask me a question I would have to know the answer, like IMMEDIATELY!  And I’d be all…

There is no getting around mastery of basic math facts and arithmetic.  I hated math in school and visions of my teacher with flashcards in one hand a stopwatch in the other still send shivers down my spine.  It’s all about memorization. I could easily figure out a math problem given enough time, but as soon as you put a time limit on it, I started to sweat.

You know that Animaniacs song that talks about all the states and their capitals? I wished so much I had that as a kid (states and capitals are my nemesis).  As soon as I heard it I could FINALLY remember them!  Math Rider is kind of like that.  It’s a game that makes math fun.

Math Rider turns what was once a stress-inducing and monotonous task into an enjoyable math game. It makes learning fun!

Math Rider is a computer program created and developed by a concerned parent whose children were falling behind in school.  While using Math Rider, your child will practice addition, subtraction, multiplication, and division facts while riding her horse named Shadow.  Your kid will have to find magical flowers to cure a sick parent, help elves find some lost gems, and rescue a princess.

This is a very clever math game and concept, no matter your child’s grade.  Once you log in, select the math operation or math skills you want to work on, and choose the level of difficulty. Your child can then watch the background story introducing your child’s mission. 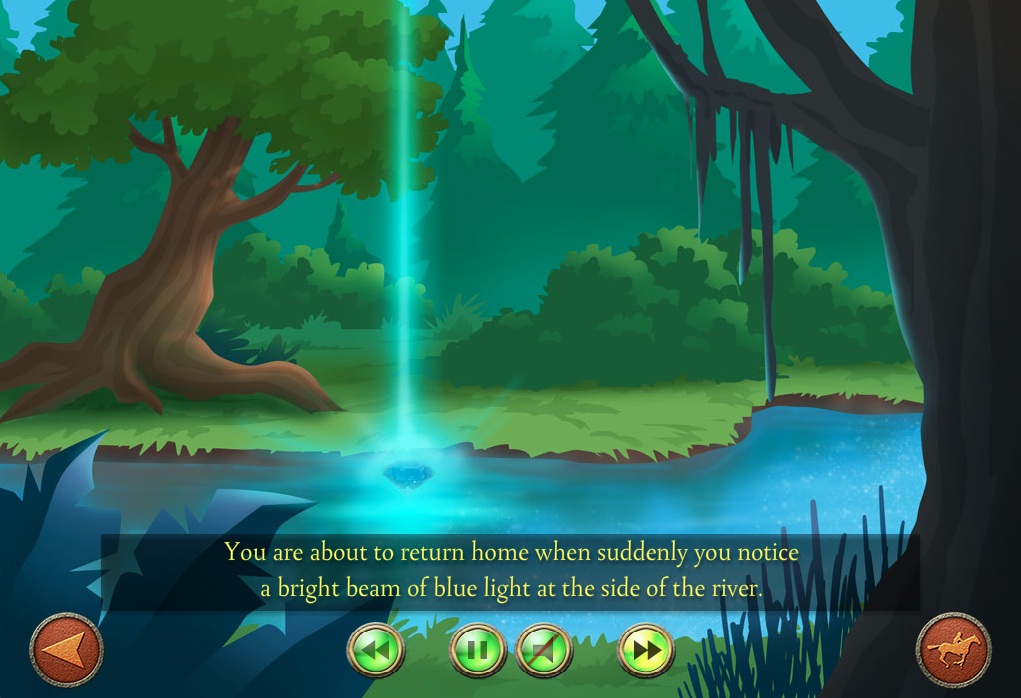 Then you are on your way! Using simple arithmetic from 1 to 12, your child or student will ride their horse through the varied terrain of the mysterious MathLands. Using your keyboard, your child tries to complete the problem before the rider reaches the jump.  If they answer correctly, a new problem shows up; if not, they have until the rider reaches the jump to answer correctly before Shadow stops, and you are given the correct answer. 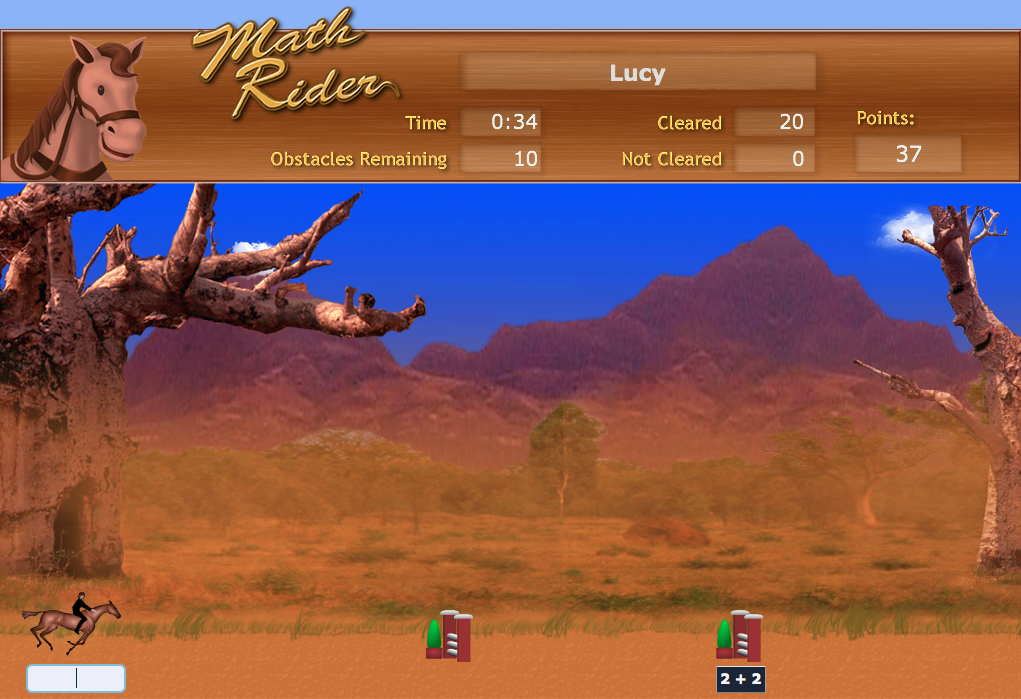 The math computer game will note the mistakes and adjust the program to your needs so your child can focus on mastering the problems she has difficulty with instead of drilling her on everything in their math curriculum.  Shadow will also speed up and slow down based on how quickly your child can answer the questions. 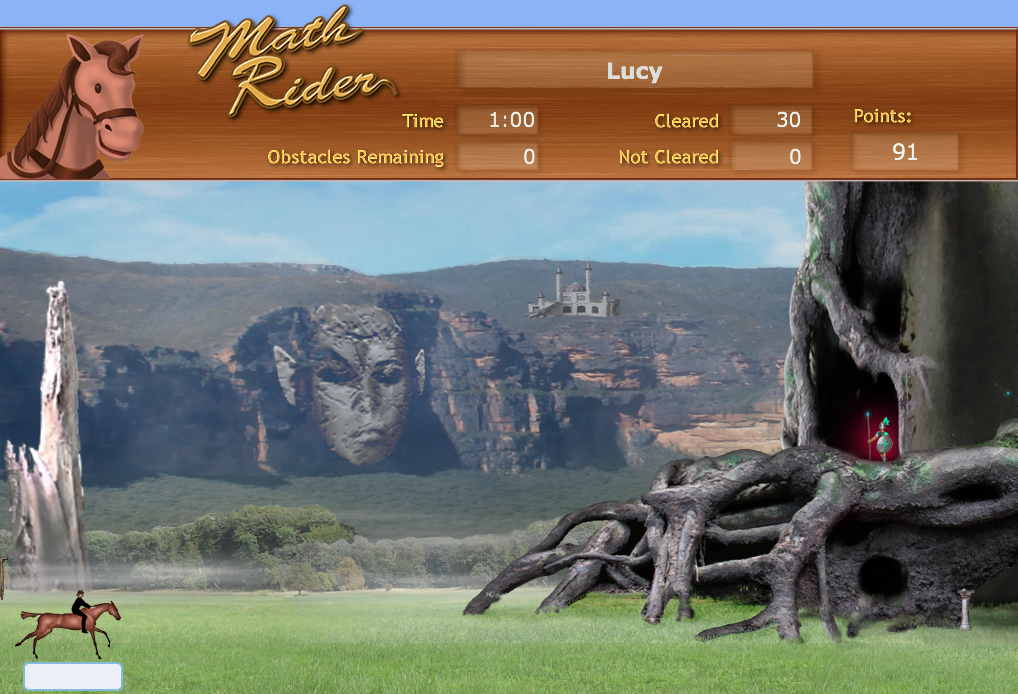 You need a certain number of points to finish the quest, and you will take as many rides as necessary for you to reach that goal. 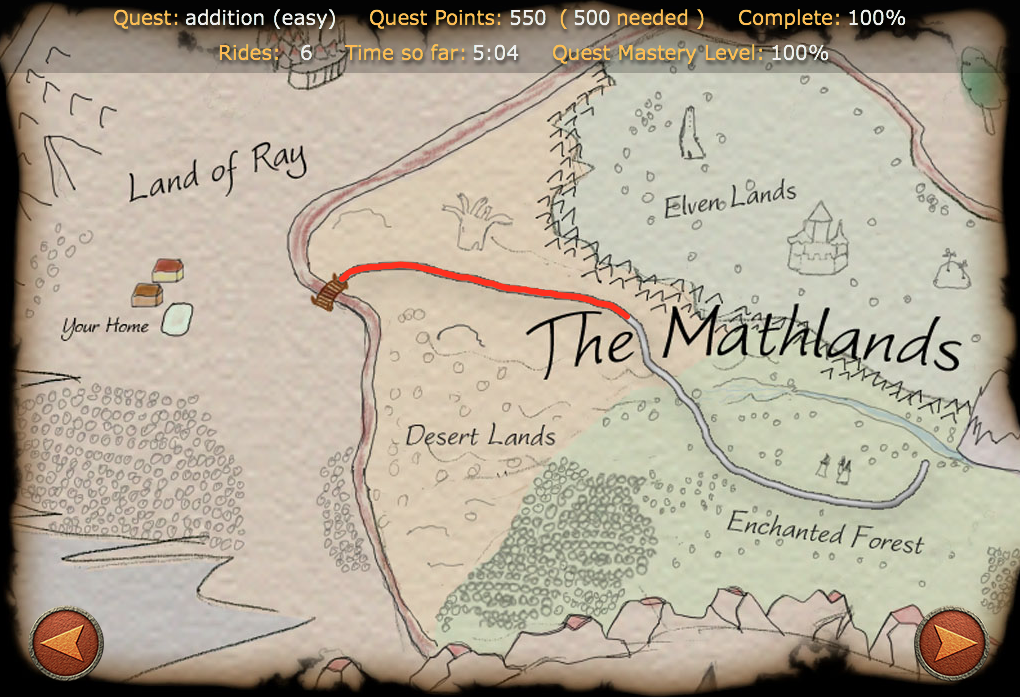 Once your child has accumulated the correct number of points, the quest is complete! 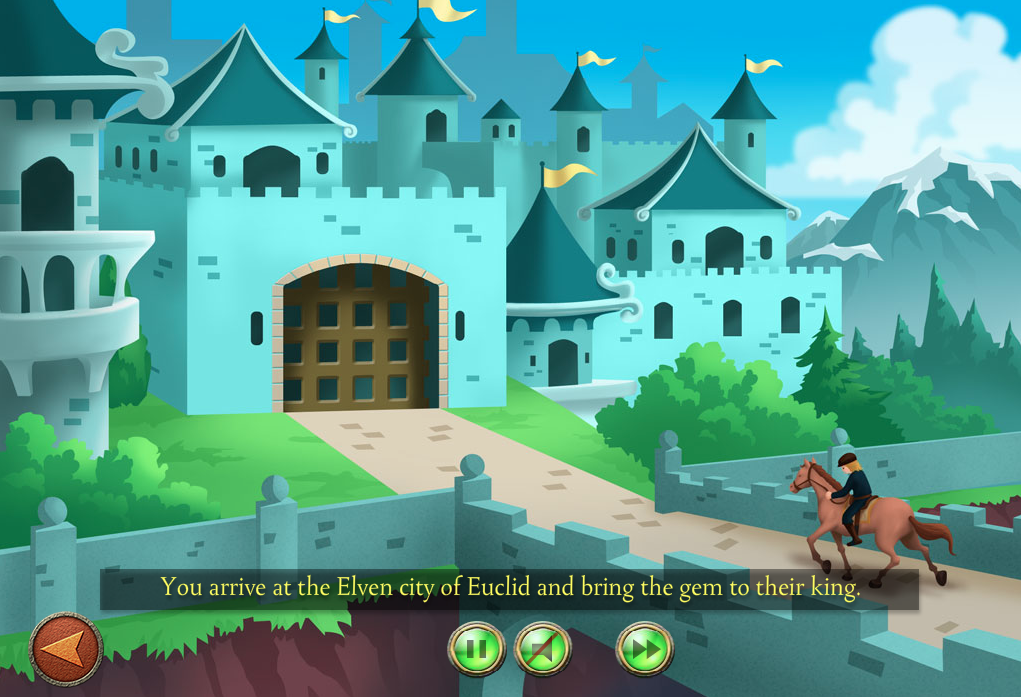 You (the parent) can check your child’s progress on the statistics page.  You can view which problems and math lessons your child has covered, which she has mastered (in green), and which ones she has difficulty with.  You can also see her mastery level and improvement. 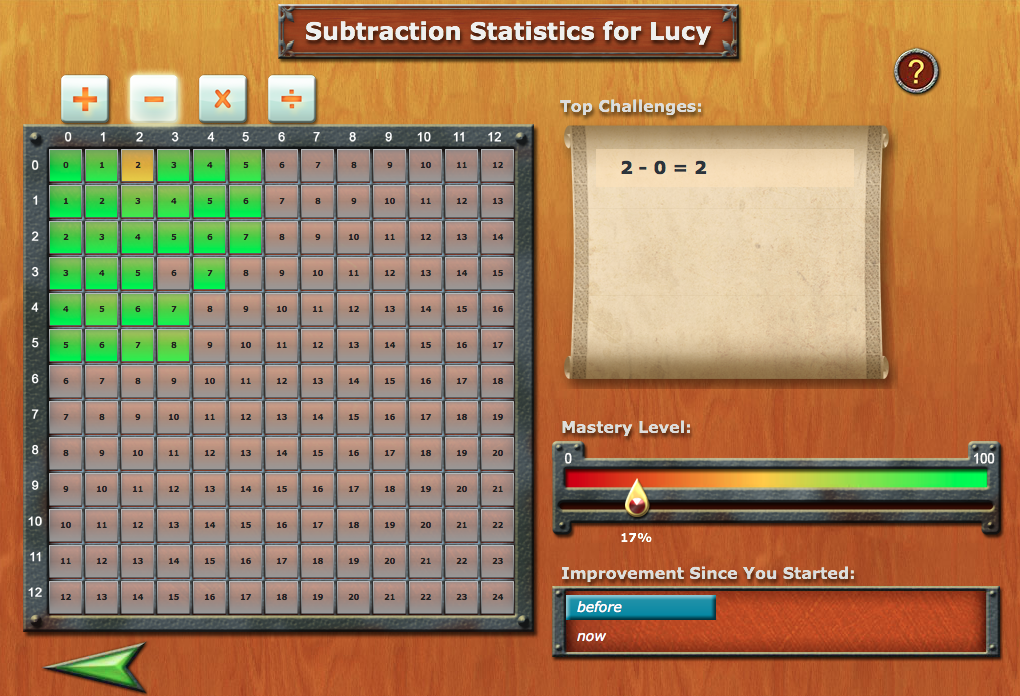 Math Rider was a huge success in our homeschool.  The illustrations and storylines are very well done.  Whenever one of the girls would sit down to play, everyone else would gather around to watch.  This wasn’t much of an issue for Lucy, but Emma would get overwhelmed by having an audience, and her performance would suffer as a result.  We made it a point to try and keep the boys occupied when she played so that she could focus.

Lucy was ten and already has relatively high marks in math, so for her, Math Rider was just a fun math game. As there wasn’t much room for improvement, to begin with, I didn’t notice much of a difference in her regular math work.

Emma, on the other hand, really benefitted from playing Math Rider.  It didn’t take long before she finished her regular math work with much more speed, accuracy,  and confidence.  Math games work ya’ll!

One of the best parts is it’s just a one time, $47 purchase.  That’s it.  No annual subscription, no additional fees for each additional child.