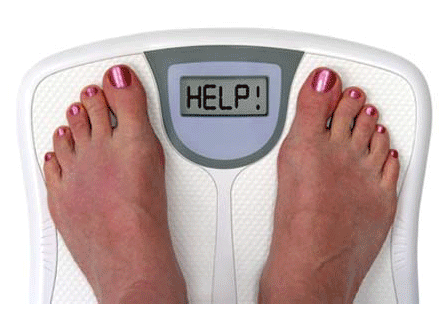 It’s no secret that I have been trying to get down to a healthy weight for about four years now.  I’m still holding on to Spencer baby chub.  Yuck.  I’ve done pretty much everything and it hasn’t worked.  Weight Watchers… hasn’t worked in six years.  Counting Calories, nope.  Ignoring it… uh… gained.  Exercised… nope.  Ate only really healthy things… didn’t work AND I was STARVING!
Nothing.  Well I figured I’d give calorie counting a 20th try but didn’t want to spend the money on myfooddiary.com (though I really liked it).  I stumbled across myfitnesspal.com.
It is JUST as pretty and user friendly as myfooddiary and it’s FREE!  And it has a nice app for my ipod that makes it really easy to track.  Sometimes I miss the smily faces I would get with my food diary, but I don’t miss it $9 a month.
BUT as I said, calorie counting hasn’t been easy for me.  I exercise, I eat my six small meals, I gain weight and I’m still STARVING.  I totally end up binging after a few days.  And unlike a lot of people, I LIKE eating.  For the most part I’m not an emotional eater, I just like food and I really love feeling full.  So not being able to eat as much as will get me full at a meal makes me sad.  I don’t like being so full I want to throw up, but I do like being full.  Silly, but true.
One night as we were getting ready for bed, I mentioned to Matt how I had been using myfitnesspal.com for two days and I was STILL HUNGRY no matter how much I exercised.
He mentioned to me during one summer he had spent with his grand parents he would eat a very large breakfast in the late morning.  Then he’d go out and play all day.  Then come in for a LARGE early dinner.  He suggested that I try that.
So I did.
Verdict?
FREE AT LAST!  I wake up, run for an hour, shower, drink lots of water and maybe a glass of juice or a banana to get some sugar into my system and stop my tummy from screaming at me.  When I get around to it, I make a large breakfast of eggs and toast and juice and jam and any other goodies I want and I EAT THEM ALL!
I am so stuffed that by the time lunch rolls around I’m SO not interested.  So I just fix something for the kids and send them on their way.
I usually get hungry around 3, but since we eat dinner around 4:30 or 5 it’s easy enough to wait.  If I can’t wait I have a glass of juice or a piece of fruit or a small slice of cheese.
Then at dinner I EAT AS MUCH AS I WANT!
And if I have a good run or a dinner that lacks oodles of sour cream and cheese, than I have enough calories left over for a small bowl of ice cream!
So that is my system.  Not six small meals.  But two BIG ones and a tiny snack if I need it.
The biggest (smallest?) and brightest nutritionists and fitness instructors would probably yell at me, but I’m down three pounds this week.  So… I’m sticking with this.