– it stayed closer to the book than Twilight did
– Taylor what’s his name makes a GREAT Jacob
– I like his hair WAY better short
– Bella still twiches way too much for my liking
– The guy who plays Stephan in “The Vampire Diaries” would have made a WAY better Edward.  Sorry, no offense to what’s his name, but this guy is great and looks just right.  He does internal struggle and brooding without looking like he’s being tortured.  Yes I watch it, can you BLAME me? 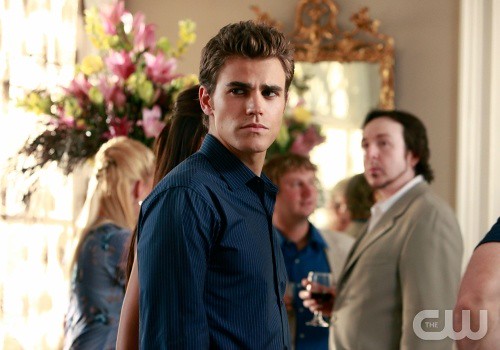 – Mike IS a marshmallow
– I enjoyed it.  And apparently so did a LOT of middle aged men as a surprising percentage of the audience consisted of them.
– Thanks to New Moon I will probably end up buying Twilight (you can’t have one without the other).
– Aro, though a bit younger than I imagined, the character was DEAD on!  A. Mazing!
– I would have like to have seen a little more dialog and character development from Cias, he was just in the background.  Kind of disappointing.