I’m sure you have already taken notice of my increasingly political and controversial posts.
This one will take the cake.
That being said PLEASE don’t skip this post just because you aren’t the political type, or think that it isn’t important or necessary for you to take a stand.
I subscribe to Family Watch International and so I get the occasional update on national and international legislation that will effect my family.  And with these updates, I have to ask:
WHY is everyone so obsessed with sex?
That seems to be the only thing that the UN and US is dealing with these days.  Never mind war, disease or starvation.  Lets talk about abortion, Don’t Ask Don’t Tell and Sexual Education for five year olds.
Yes, you read that last one right.  Sex Ed for five year olds.  That is the the report that the UN General Assembly will receive on MONDAY!
We’ve seen the news stories about these new “sex ed” programs that teach all sorts of things that we weren’t taught in school under the guise of “preventing bullying”.  But this report shows the true purpose of why the radical “sexual agenda” is trying to infiltrate our schools.
This report was created by UN Special Rapporteur Vernor Munoz who was under mandate from the UN as an “expert” to issue an unbiased report on “the right to education”.  Based on the content of his work, he is clearly not “unbiased” nor is he an “expert”.
Among other things, this report claims that existing international treaties create a “Right to Sexual Education” (which they don’t) and that they only way to enforce this fabricated “right” is by implementing a sexual education program that not only undermines parental authority, religious convictions and traditional values, but also releases our children (and society as a whole) from any form of self control and gives them carte blanche to nearly any and all sexual behavior (except abstinence and restraint, of course).
The report discusses what helps young people “have better sexual lives”, as if improving the sexual lives of youth is a valid goal of governments, and it strangely states that the “goal of education for sexuality” (which is significantly different from traditional sex education) is “to develop a transforming role for men by going beyond the …physical aspect,” whatever that means.
REALLY?  Since when does ANYONE want the government in their bedroom?  Regardless of your beliefs on sexual orientation, I doubt that many people agree that it is the governments job to teach about technique in our classrooms.
Specifically, in the report Munoz states that he “considers that pleasure in an enjoyment of sexuality . . . should be one of the goals of comprehensive sexual education, abolishing guilt feelings about eroticism that restrict sexuality to the mere reproductive function.  “With regard to HIV the report declares that “restricting sexual education to the issue of sexually transmitted diseases . . . may create an erroneous association between sexuality and disease, which is as harmful as associating it with sin.”
Is NOTHING sacred anymore?  My husband and I firmly believe that having a healthy and satisfying sex life stems from nothing other than a healthy and satisfying monogamous relationship.  Not from early exposure or “experimentation”.
And I don’t know about you, but my sex ed course covered STD’s and reproduction.  And that was PLENTY as far as I’m concerned.  Oh yeah, and I was a TEENAGER, not a kindergartener.
This is the face of a kindergartener.  Why are they so eager for her to grow up?  No one wants to protect her rights more than I.  And those rights include a right to innocence and childhood.  Can you honestly tell me that this little girl has a “right” to deal with sex?  At FIVE? 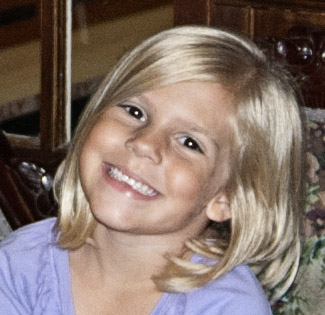 What about our Freedom of Religion?  “Sexual education has been obstructed in the name of religious ideas” and then it adds that “comprehensive education acts as a guarantor of a democratic and pluralistic environment.”  So apparently we can’t live peacefully without promiscuity and all of the effects thereof.
The report also criticizes “barriers to sexual education, such as allowing parents to exempt their children from such education.”
So in other words, religions and parents should not interfere with the government’s supposed obligation to sexualize our children.
We have an eight year old with whom we have already begun teaching about sex.  But we are teaching her in a loving, gospel centered environment where she will learn CORRECT principles.  She will learn about abstinence and about love and marriage and it all starts with respecting yourself and treating your body as a temple.  And the very first lesson is about the wonder and miracle of LIFE.
There may be some who think that what happens at the international level doesn’t effect us down on Pleasant Street.  But our own US Supreme Court has already issued rulings based on what they call International Law, citing the UN Convention on the Rights of a Child which the US hasn’t even ratified!
What happens at the UN DOES matter to us and WILL effect our families!
If you are ever to take a stand, NOW is the time to do it!
And YOU can make a difference!
It couldn’t be simpler for you to do so with this report.
Have I used enough capital letters, bold, italics and exclamation marks to convince you yet?
Just go to Family Watch International and send the suggested email to ALL UN Ambassadors (make sure you read through the suggested email to make sure you agree with it).
And if you are brave enough, feel free to copy my post (without my daughter’s picture) and post it on your own blog!  Get the word out, there is no time to loose.  We only have THREE DAYS!
**Family Watch International’s position is that the UN has NO business trying to prescribe the sexual norms and sexual education curriculum of individual UN Member States, especially since it is the role of the parents to direct the education of their children.**
I happen to agree with Family Watch International.  Which is why I have quoted a lot of their article.