Spencer turned three on Tuesday.  We had a very last minute, impromptu birthday party for him.  Mostly it was just an excuse for us adults to get together and socialize 🙂

Apparently he is too old for smiling. 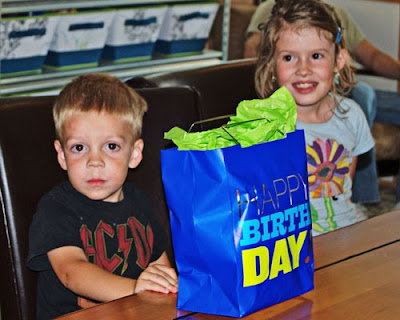 Look at that crowd!  It’s the same crowd that I went walking with on Monday (which was when I decided to have a party).  It would have been bigger if my best girl would have been in town 🙂 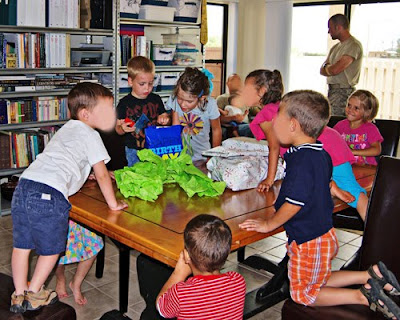 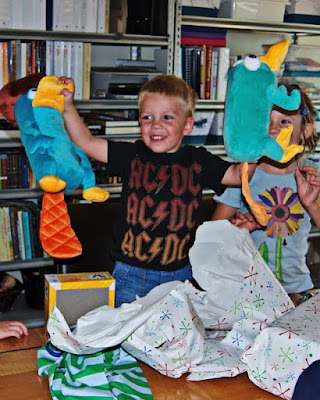 He wouldn’t smile, but he LOVED the motorcycle shirt that Grandma and Grandpa Wilson got him and he made me put it on him right away.  Do they know their grandkids or what! 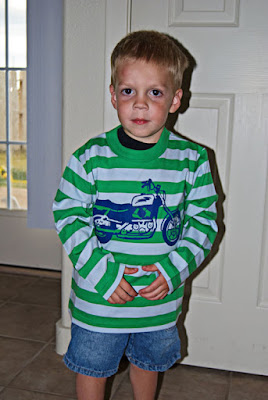 Fruit Pizza instead of cake… LOVE it!  Isn’t it festive and patriotic? 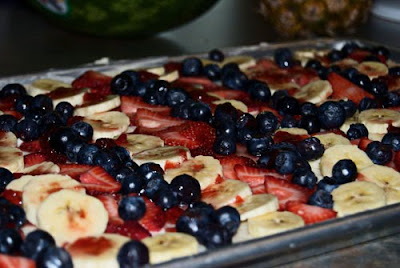 I think fresh vegetables have some of the most brilliant and yummy colors around.  It’s sad that they get such a bad rap.  It looks good enough to eat. 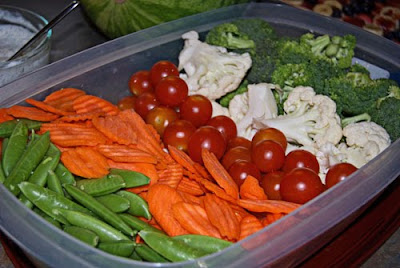