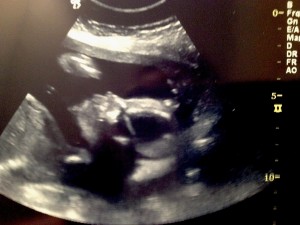 I’m so grateful for the Tender Mercies of the Lord.
You may have noticed that my updates lately have centered around school and my projects.  One reason is because we still don’t have any friends here.  It’s been difficult.  Matt is gone all day and some nights, 75% of the time he comes home too late to have dinner as a family.
Long story short.  I am lonely and until I am no longer lonely, I do not like New Jersey.  Don’t get me wrong, you know me enough by now to know that I’m hardly the kind of girl that needs to be entertained by other people and it’s really nice to be able to drive to Costco and Target in less than ten minutes, but little to no interaction with other women takes it tole after a while (my poor sisters have taken the brunt, since I am nearly impossible to get off of the phone when they make the mistake of calling me ;)).
Sister Marjorie Hinckley said: “Oh, how we need each other. Those of us who are old need you who are young. And, hopefully, you who are young need some of us who are old. It is a sociological fact that women need women. We need deep and satisfying and loyal friendships with each other.”  This fact is never more evident to me than when I am not within a few miles from a friend (Amy, LeAnn, I miss you so much!).  I look around at all of the other families in church and I can’t help but think that we would get along great if I could just get them to talk to me.  Apparently my old high school neuroses never really go away (on the bright side I have much more personality now then I did back then 😉
Thursday night, as I was dreading hauling all four of my kids to my ultrasound appt the next day since I couldn’t get a sitter, I got a phone call.  A sister from the ward was going to the park with her kids the next morning and wanted to invite us to join her.  I had never met her, but desperate as I was for some adult interaction I gratefully accepted the invitation.
As I walked up to the playground I recognized her as the sister who gave me a sympathetic smile when I was struggling with Jack one week while Matt was passing the sacrament.  Over the next hour and a half, our kids ran around together and I chatted her ear off (likely scaring her away in the process, but at least I know one more person).
I checked my watch as I drove away and we had just enough time to stop at Costco for lunch, pick up a few things, swing home to drop off the perishables and then go.  Once we were finished however, I felt more comfortable just going straight there.  It was going to be a long drive to the big city and I didn’t want to be late.  I was also worried because our van doesn’t fit in most parking garages so finding a far away and costly parking spot was a distinct possibility.
As I said in the beginning, the Tender Mercies of the Lord are everywhere.  My kids were all tired out from playing that morning and Jack slept in the car.  My appt was at 1:00, I drove up at 1:02 and got the very last parking spot in the tiny parking lot (someone came in right after me) and I was able to easily fit the van in because the flanking cars didn’t park too close together.
I put Jack in the stroller (knowing he would be more likely to be good in the stroller) and we went in.  There was no problem with our insurance (a first) but the ultrasound room was going to be too small to take the kids into.   I was starting to panic a little when they informed me they had an extra waiting room, with a lock, where the kids were able to happily watch NickJr while I had my exam and watched my little one squirm around.
Yesterday I was blessed.  The kids and I made new friends, we had a good lunch (and for the first time in months Jack stayed in the cart, I listened to the prompting to risk melting the chocolate in a hot car instead of being late, I was just on time for the appt, parking was easy, the kids were happy and taken care of and we got there and back safely.
I know that something as simple as parking and an extra TV might not seem like much, but I can’t tell you how grateful I was not to have that added stress.
The Lord loves us and takes care of us.  Not everything in life is going to be easy, but sometimes all you have to do is pay a little bit more attention to realize how much and how often He blesses you.  It’s the little things that hold me up and help me fight another day and I’m so grateful for them that I don’t even mind that my chocolate chips melted.
PS. It’s definitely another boy 🙂