This Week in Review

Sunday was the start of a busy week for us. Matt was called as second counselor in the branch presidency. So I waved goodbye to my sweet husband for the next 5 years. Well, only in Sacrament meeting, but that is when I need him most! Have you ever SEEN Spencer in Sacrament meeting???

Monday it was a beautiful day, so we put Lucy on the bus and took Emma and Spencer for a cruise on the Margaret Todd. It’s a 4 masted schooner that they give tours on here in Bar Harbor. People who are employed in the town get to go for free. So we took advantage of Matt’s last Bar Harbor paystub and went on a boat ride. Spencer was… well… Spencer. There was a big dog that he loved and he was happy when we shared an orange soda with him. But other than that, he was pretty cranky.

Emma thought it was great “Mommy, I love the sea!” And Matt got to help hoist the sails. 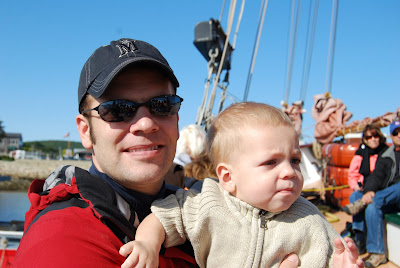 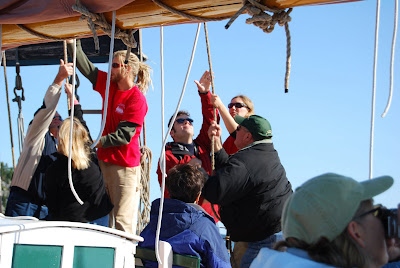 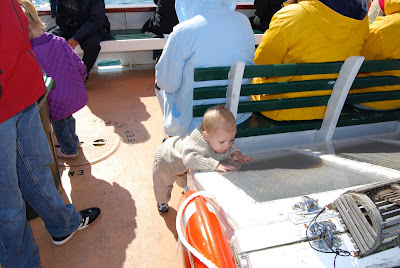 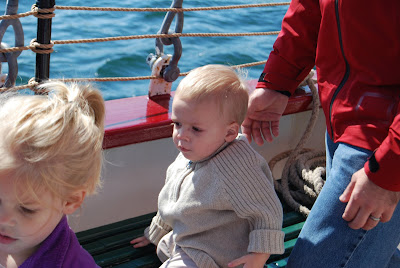 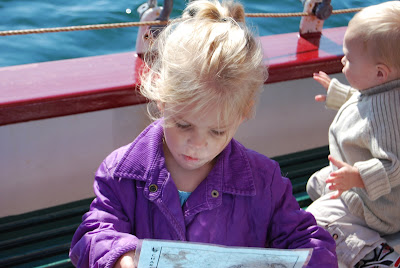 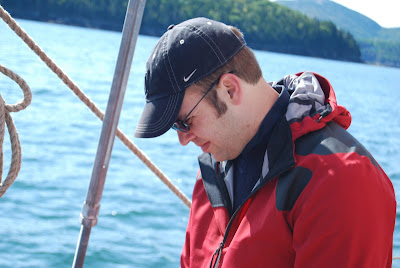 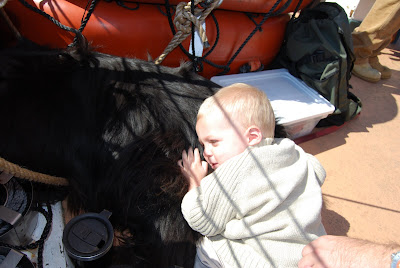 Then for FHE, we went to Pirates Cove for some mini golf. It was a lot of fun, I don’t think I’ve seen anything cuter than Emma golfing. It was kind of a combination of hockey and croquet. Lucy was pretty good until she started being silly and pestering her sister. But we had fun and that is what matters. 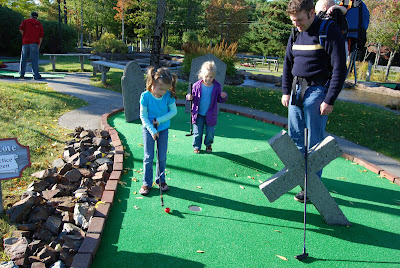 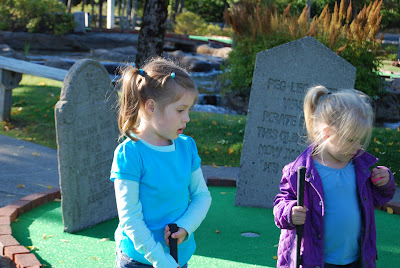 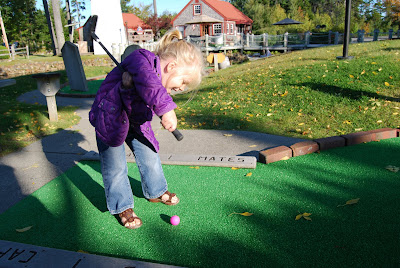 This is my favorite picture of the night, I doctored it up a bit, but you get the idea. 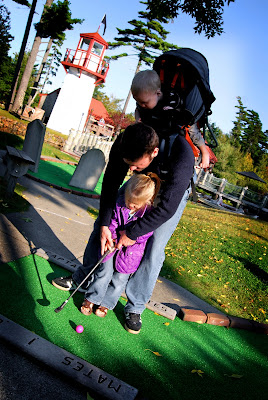 Spencer finally seems to have recovered from his trip to Seattle. He has been an enormous crank for the last few months. But this week he was able to take two naps most days and get to bed early. Thursday he was the delightful little boy that I have missed. Running around (on all fours) laughing and teasing his sisters. He keeps pretending that he is going to walk any day now but keeps saying “PSYCH”.

We’ve all been a little sick and Lucy stayed home from school yesterday. I have a crazy hacking cough and Matt can’t breathe out of this nose, but things look like they are starting to get better.

I’ve been designing like crazy and finally finished a new kit that will be released this Tuesday. So keep your eyes out for it. We are supposed to get hit with the tail end of hurricane Kyle tonight or tomorrow, so we might be without power for a while. But that’s no surprise, we always loose power during storms.