I have written this article for Latter-Day Homeschooling and will be published today. 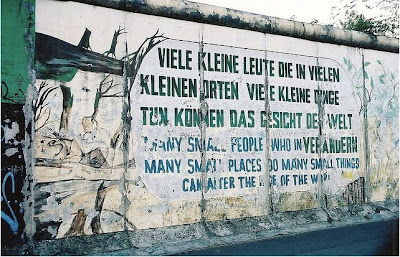 Not long ago I was at a book group meeting discussing 1776 by David McCullough.  Someone mentioned oppression and I made the comment “Heck, I feel oppressed, as a stay at home mom, as a conservative, as a homeschooler, I feel oppressed”.  Looking back at that comment, I can see how, without further explanation, it could be interpreted exactly the opposite of how I meant it.
We live in perilous times to be sure.  Any time I want a good scare, I don’t read a horror novel, I pick up the latest non-fiction and I’m so frighted by what I learn that I literally can’t sleep at night.  Yes, I do feel oppressed.  But let me be perfectly clear.  I do not feel oppressed by my husband, my family, my friends, my chosen role as a woman, my church or my God.  Oddly enough, I am oppressed by those who would claim to be my liberators.
I am an old fashioned, traditional woman.  I am a Mormon.  I am a stay at home mom.  I have lots of kids (apparently four is a lot) and I want twice that.  I enjoy serving my family and see their needs as my needs.  I believe a mother’s place is with her children and that those children serve to enhance her life and happiness rather then act as a barrier to it.   I believe that men and women are different and each thrive while serving in the roles that God intended.  Can you see where I’m going with this?  Plenty of fodder for the opposition.
There also seems to be a misguided belief circulating among those with differing views that we who feel as I do, are some way naive, ignorant, brainwashed, simple minded and are basically unable to think for ourselves.  They can’t or won’t accept that a woman would actually choose to serve in a traditional role or voluntarily perform “woman’s work”.  They think that if someone stays at home, it’s because she is forced to do so.  Some (not all) even go so far as to think that a woman who doesn’t work outside the home is a leech on society.  I am fortunate enough not to have met any this extreme (that I know of) but I can imagine how they would despise me.
Isaiah 5:20 says:
“Woe unto them that call evil good, and good evil; that put darkness for light and light for darkness; that put bitter for sweet and sweet for bitter!”
It seems that every time I turn around more and more evil is being vehemently defended as not only acceptable, but good.  And all I have to do is go out in public with my brood to see first hand how my sweets are put for bitter.
But as Albert Einstein said:
“Great spirits have always encountered violent opposition from mediocre minds.”
I am reminded of Dr. Seuss’s Horton Hears a Who.  He knew something was true and as seemingly insignificant and small as his claim was, he was hated for it.  Whether or not there was a person on that dust speck wouldn’t have effected the other animals in any way.  But he was still despised and persecuted.
There will always be opposition to good.  The tragedy is that more and more, the violent opposition is no longer only coming from the “mediocre minds”, but those who have been entrusted to protect us and our freedoms.
2 Nephi 20:1 states:
“Wo unto them that decree unrighteous decrees, and write grievousness which they have prescribed”
Those who stay current with current legislation and litigation know the precedents that have been and are being set, none to subtly, to completely undermine the family and the rights of parents.  All under the guise of “protecting fundamental human rights”.
I am a huge advocate for human rights and I feel, as do those with differing beliefs, that our freedoms are paramount.   I believe that everyone, regardless of age, sex, race, beliefs or lifestyles are entitled to live their life without persecution, hatred or fear.  Including **GASP** people like me who have chosen the traditional role of a wife and mother.
I don’t, however, believe that certain ages, sexes, races beliefs or lifestyles deserve more rights then others.
While I might not approve of the way some people live their lives, it is not my place to condemn them.  So why is it my adversaries feel that their rights cannot be fulfilled without crushing mine under their feet?  George Orwell said it well in Animal Farm with the line “All animals are create equal.  But some are more equal than others.”
In addition to removing all morality from society and erasing Deity entirely, they seek to free the human race from all responsibility and restraint.

Our Heavenly Father made it so that we “are free to choose liberty and eternal life through the great Mediator of all men, or to choose captivity and death, according to the captivity and power of the devil…” 2 Nephi 2:27.
In my experience, responsibility and self restraint are the very tools necessary to reach liberty and eternal life.  Since when has unbridled conduct and passions ever led to good?  “bridle all your passions, that ye may be filled with love” Alma 38:12.
Without restraint, my three year old would eat nothing but candy, soda and bread; and do nothing but watch cartoons and ride his bike in the street (without a helmet of course).  Even by the most liberal of definitions, that wouldn’t be considered healthy behavior.  Nor would he be happy.
Some people feel that since they have passed into adulthood, they now have a license to do whatever their heart desires.  Thinking that since they are no longer children, accountability and self restraint is no longer necessary or desirable.
So what is my point?  I could go on for hours and hours but I’m pretty sure I’ve already worn out my welcome for this post.  We have laundry to get to and children to teach (and I still have dishes in the sink) so I will get to it.
Elder Ballard asked us to “Let Our Voices be Heard” and to use the Internet and other media to further the work of the Lord.
There are to many magazines, blogs and other media that are filled with articles but actually say very little.  We have enough fluff.  We need more substance.  Thanks to today’s technology we have the power within our fingertips to join the great conversation and change things for good, rather then just for the sake of change.  Written the side of the ruins of the Berlin Wall are the words “Many small people, in many small places, do many small things that can alter the face of the world.”
I’ll be completely honest, I’m a little fearful of writing this.  I’m afraid that even in this great country, I will end up on a “list” somewhere, even though I have done nothing but exercise my right of religion and free speech.  I told you non-fiction scares me!  I fear that because I have voiced my beliefs, I will no longer be as equal as some.  I can practically see Eric Holder breaking down my front door.
It’s not easy but we can no longer sit by and let others decide our destiny.  Even if we don’t agree on everything, I believe the vast majority of people feel just as passionate about their families as I do.  We need to let our voices be heard!
It is our solemn responsibility to choose righteous leadership.  There are a plethora of issues that we are facing.  But I think that most of them are insignificant next to the dangers to our families.  The economy, health care, social security… these are all small potatoes compared to the war that is being raged on our families, religion, basic morality and life itself.
“We claim the privilege of worshiping Almighty God according to the dictates of our own conscience, and allow all men the same privilege, let them worship how, where, or what they may.”
We cannot force others to believe as we do, nor should we try.  But we are not, as some would have us believe, minority.  Like Horton’s Who’s; as one let us shout “We are here!  We are here!  We are here!” And with the help of the Lord, they will hear us.